Three Years of Home Advisor
Shout it from the rooftops! You're a trusted, reliable business -- and you've been helping homeowners as a member of... [Read more] 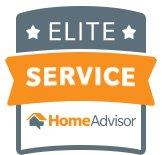 Click the icons to see what our customers had to say.

At Foundation Supportworks of Idaho, we understand that your home's foundation problems can quickly become a serious issue. Our in-house team of foundation repair specialists will come to your home or property and identify the exact issue as well as the best non-invasive option for repair. We have confidence in our work and our foundation products come with a 25-year warranty.  We take pride in our "do it once, do it right" approach, so you can bet that that job will be done right the first time.

If your home's basement has experienced flooding problems, damp walls, and flooring, or has a constant smell of mold, odds are that you need basement waterproofing services. We have the skills and expertise to fix any wet basement, and we use our patented basement waterproofing system to fix any and all water problems once and for all.  One of the more popular repair methods we have used in many other Pittsburgh homes is the installation of an interior French drainage system using our WaterGuard® Below-Floor Drain. Our French drainage system works by pumping out any water that enters your basement away using a sump pump before it can ever cause any damage.

The crawl space plays a pivotal role in your home, and since it is not used nearly as often as other areas, it's hard to know when it needs repairs.  Most homeowners aren't aware of most crawl space issues, but there are distinct symptoms to be aware of such as cracked drywall in the home, uneven floors, various foul odors, and increased allergy and asthma symptoms. Foundation Supportworks of Idaho uses proven solutions such as our Vapor Barrier crawl space encapsulation system to keep the crawl space dry and also the SmartJack™ stabilizer to fix and prevent sagging floor joists and beams. All crawl space encapsulation systems we install include a written 25-year warranty! Get a FREE crawl space repair consultation today!

Get A FREE Quote Today!
Case Studies From Hazelton

Like many homeowners across the US, Ron Hazelton had a flooding basement which kept him awake during heavy rain periods. The problem was so serious...
Click to read solution...
More Case Studies
Job Stories From Hazelton, ID
How to Waterproof a Basement

Like many homeowners across the US, Ron Hazelton had a flooding basement which kept him awake during heavy rain periods. The problem was so serious that after each storm he had to use a mop and a floor sucker to get rid of the rising waters.

After a particularly messy flooding episode, he decided that it was time to get the problem solved once and for all. He scoured the internet for companies providing state-of-the-art basement waterproofing solutions -- and found Basement Systems.

Larry Janesky, the company’s owner, came to inspect Ron’s home. After a thorough evaluation, Larry was able to explain to Ron exactly what the problem was and what would be the perfect solution.

Like many others with similar problems, Ron’s basement was flooding because during heavy rains the ground around his house would oversaturate with water. Hydrostatic pressure would begin to build up and push water against the wall. Following the path of least resistance, the water would then find its way into the basement through its weakest spot: the joint between the foundation walls and floor.

More evidence of this problem was found all over the basement walls, in the form of efflorescence. Efflorescence is a chalky, powdery substance that builds up on basement walls when mineral-saturated water infiltrates the concrete and then evaporates into the basement, leaving these mineral salts behind.

The solution for this type of problem resides in relieving the hydrostatic pressure by installing an internal perimeter drainage system. The system intercepts water before it enters the basement, diverts it to a sump pump system, and then evacuates it out and as far away from the foundation as possible.

Larry and his crew at Basement Systems installed a full perimeter WaterGuard basement drainage system, and a TripleSafe sump pump system with two backup pumps, so that Ron can rest assured his basement will stay dry no matter how heavy the rains – and even in case of a power outage!

The unsightly, efflorescence stained walls were covered with BrightWall acrylic panels. These panels not only spruce up the look of the walls, but they also act as a vapor barrier and intercept any water coming through the concrete walls, diverting it to the perimeter drainage.

Ron can now enjoy peace of mind and sleep soundly through storms, knowing that his basement now has the best protection against flooding available in the industry!